A look into our process

By Steven Moye (or 'Steve', at Telecommunity)

I’ve been part of the Telecommunity teaching staff for about 8 years now. As such, one of my responsibilities, and arguably even the primary reason I’m here, is to teach students how to tell stories via animation. I believe I’ve been helpful in that regard over the years but one of the ways that I’m not sure I’ve been as effective is in leading by example by doing the same thing I ask of them. I’ve been asked to share my personal work with them, and from time to time have done that, but I simply haven’t been doing that much animating in the last several years, at least not of my own stories. So I ended up coming up with an idea for an animation based on the theme that we asked the students to think about last year: ‘Elements’. Once I had a story, I knew that rather than push the idea on someone else, it actually made more sense for me to begin creating it myself. My hope, was ultimately that creating this would give me an example for the students to work from as I found the best way to tell my story.

Bringing an idea to Life 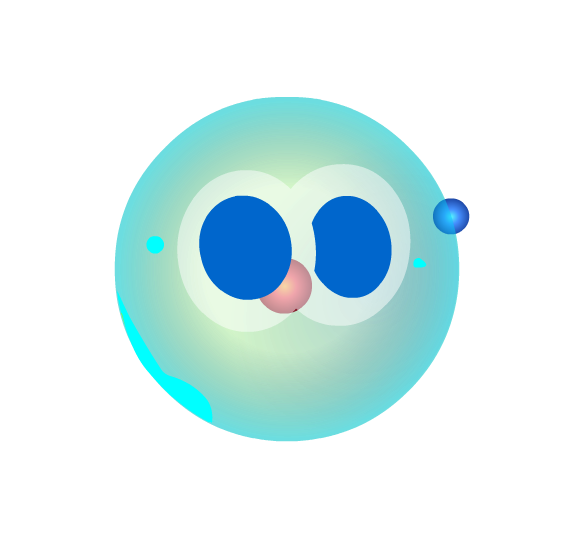 Before much of anything else, I began thinking about what kind of artistic style I wanted to use. To determine this, I thought of feelings I wanted to evoke from my characters, what kind of complexity would be needed to tell the story the way I wanted it told, and frankly, how much work I wanted to give myself. To this end I went with something simplistic, hopefully cute, and vaguely scientifically accurate for drawing of my first character: Hyrdy (or the Hydrogen atom).

I skipped over a step though. Before drawing the character, I had made an frame by frame effect animation. In the past, a number of the animated projects I’ve worked on have been overly reliant on Flash’s (or Adobe Animate’s) motion tweening capabilities. Now, it’s certainly a good idea to take advantage of every feature that can make your animation better, but when you use them for all of the character animations the animation itself feels a little bit too computer generated; too much linear movement and too little spontaneity. So I created this to get this animation off to a better start.

To bring the character to life, I used a combination of those Flash motion tweens I like using so much along with the frame by frame effect to add a bit more spontaneity. I think this is one of the more effective elements – no pun intended – of my animation.

Storyboarding as I go

To create the full story though, I needed to create more characters, backgrounds – including an actual periodic table for the characters to interact with – but most importantly, I needed an outline (or storyboard) of everything I wanted to happen in the animation. Now, in all honesty, I don’t always create a storyboard for each part of the animation, but I frequently do when there’s a sequence of events that I want to have tied down before I start putting everything together. So there were a couple scenes that I created very rough storyboards for, so that I knew what I wanted to see in each keyframe.

Ultimately, I created this animation both for myself, just to continue creating as an artist, and for the students, in hopes that they could see what’s possible; not just in general terms, but from one of the people giving them instruction. So, what I’m saying is, this animation wouldn’t exist without Telecommunity itself. As much as I’m there to instruct students and have them learn from me, I also am in a great position to learn from and be inspired by them. Wherever I am, I hope to be able to continue learning, and helping others learn from what I’ve done as well.